Born in 1986, he lives in Paris.
He has published a dozen books and has been awarded international prizes such as the audacity prize at the Angoulême festival  2011 for “The Wrong Place”.

For “Art Is Comic”, Brecht Evens gives us a look into the intimate side of creation of his latest graphic novel “The City of Belgium”. Beside a panoramic photo of his apartment he reveals the original artwork and his collection of notes, rough ideas, as well as his as yet unfinished book.

The design in each of his graphical novels is meticulous, as each image is pictorial. The mix of different techniques based on watercolour paint dilutes the light and creates vibrant images. The colour plays a narrative role. A fauna of nonchalant
characters wander through a dream universe. Subtly, the story is rendered unpredictable.

“You can imagine an adventure, then create the characters until they come alive, and then, when you get back to the plot think,” Nah, that won’t cut it”, and end up keeping the character rather than the story.” 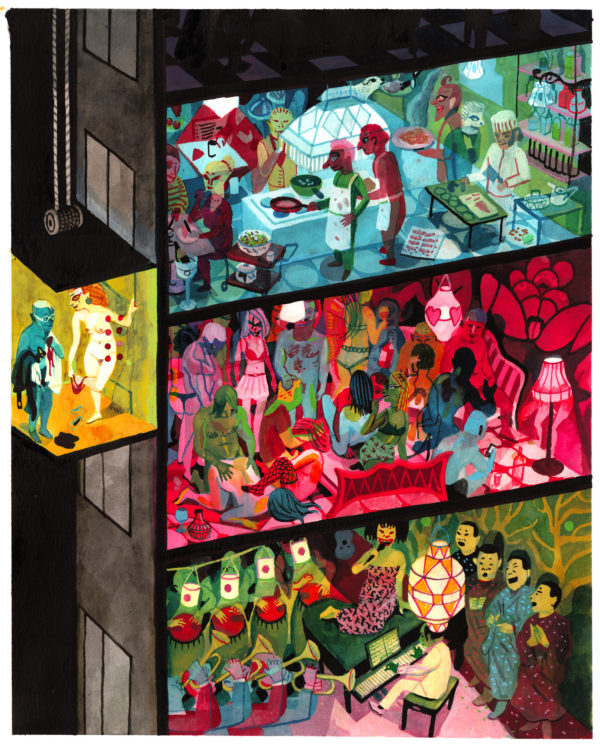 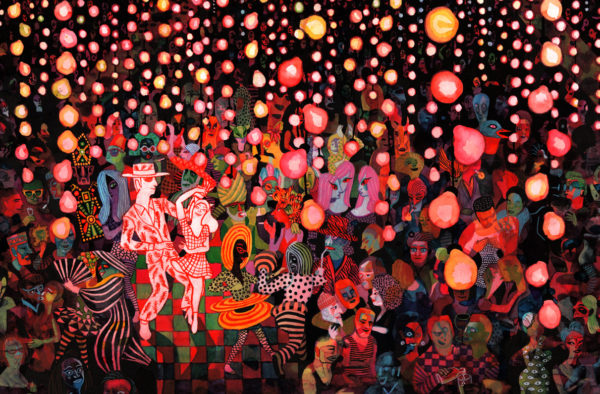 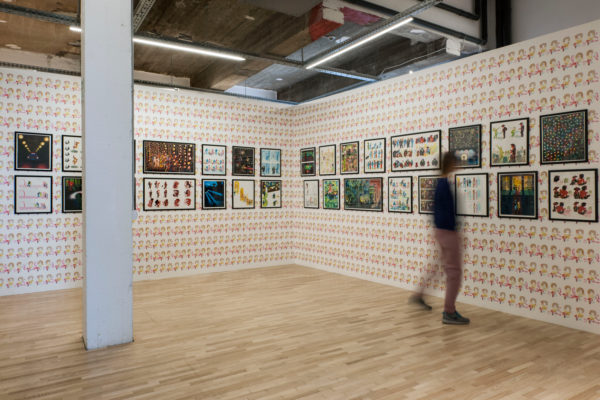