Pablo Gonzalez alias Sozyone Gonzalez was born in Brussels in 1973. Today, he lives and works in Valencia. It was during the 1990s that he discovered the world of graffiti. He has been a member of different groups, including RAB and the Ultra Boys of which he is the founder. These groups are known now for their works inspired by comic book heros.

A versatile artist, he is also member of the Belgian rap group “De Puta Madre” and has also made a foray into the world of directing with his short film, Vltraje stealing walls,or in that of comics with Enemies.

Violence is a recurring theme across all the artistic fields of Gonzalez’s work. His principle iconography being vintage imagery of thugs and villains of all kinds. Symbols such as bowler hats, masks and gloves are recurring aesthetic metaphors, whose violent figures contrast sharply with Gonzalez’s refined aesthetic style.Sozyone operates both in his paintings and his murals with a clear line and stylish graphics. 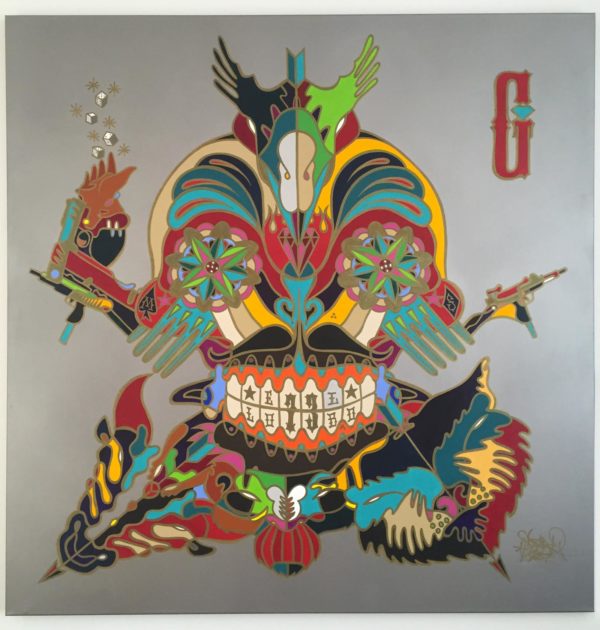