In 2016 opened theMIMAcontemporary art museum in the center of Brussels, on the territory of Molenbeek. The institution is distinguished by its exhibitions that highlight a young generation that transgresses the artistic genres and goals a new audience to the museum.

The MIMA explores a history of culture 2.0. and its most significant art.

The revolution in communications, as described by social theorist Jeremy Rifkin, quickly brought about paradigm shifts in society at the turn of the millennium. In short, technology is changing the language of an increasingly transversal, emphatic and collaborative culture for the better. In a globalised world, the multiplicity of points of view have reduced common references, which change constantly with increasing access to and hunger for information.

So, one of the challenges for the contemporary art museum is how to reach out to an uninformed public. MIMA’s answer is the gamification of knowledge. The museum was developed in this vein, producing exhibitions based on the principle of video games: a low-level entrance and a high-level exit. In other words, the works and installations in situ have a language that appears – at first sight –direct and easily understandable for a large audience. The visitor then grasps the complexity of ideas while in the ‘game’. That is the initial idea, and we adapt it to the museum visit, together with the artists.

What they said about MIMA

"Since the beginning, the project was to use art as a medium to bring people together, and so to have contemporary art which is accessible."
Euronews

"BRUSSELS — After three years of fund-raising and renovations, the founders of a contemporary art museum housed in a converted brewery in the Molenbeek district..."
New York Times

"Four pillars of the New York street art scene are welcoming the first guests of the new Millennium Iconoclast Museum of Art (MIMA). Attacking the cherished institutions that relegate grassroots people’s art movements into the margins, MIMA intends to elevate them all and let them play together."
Huffingtonpost 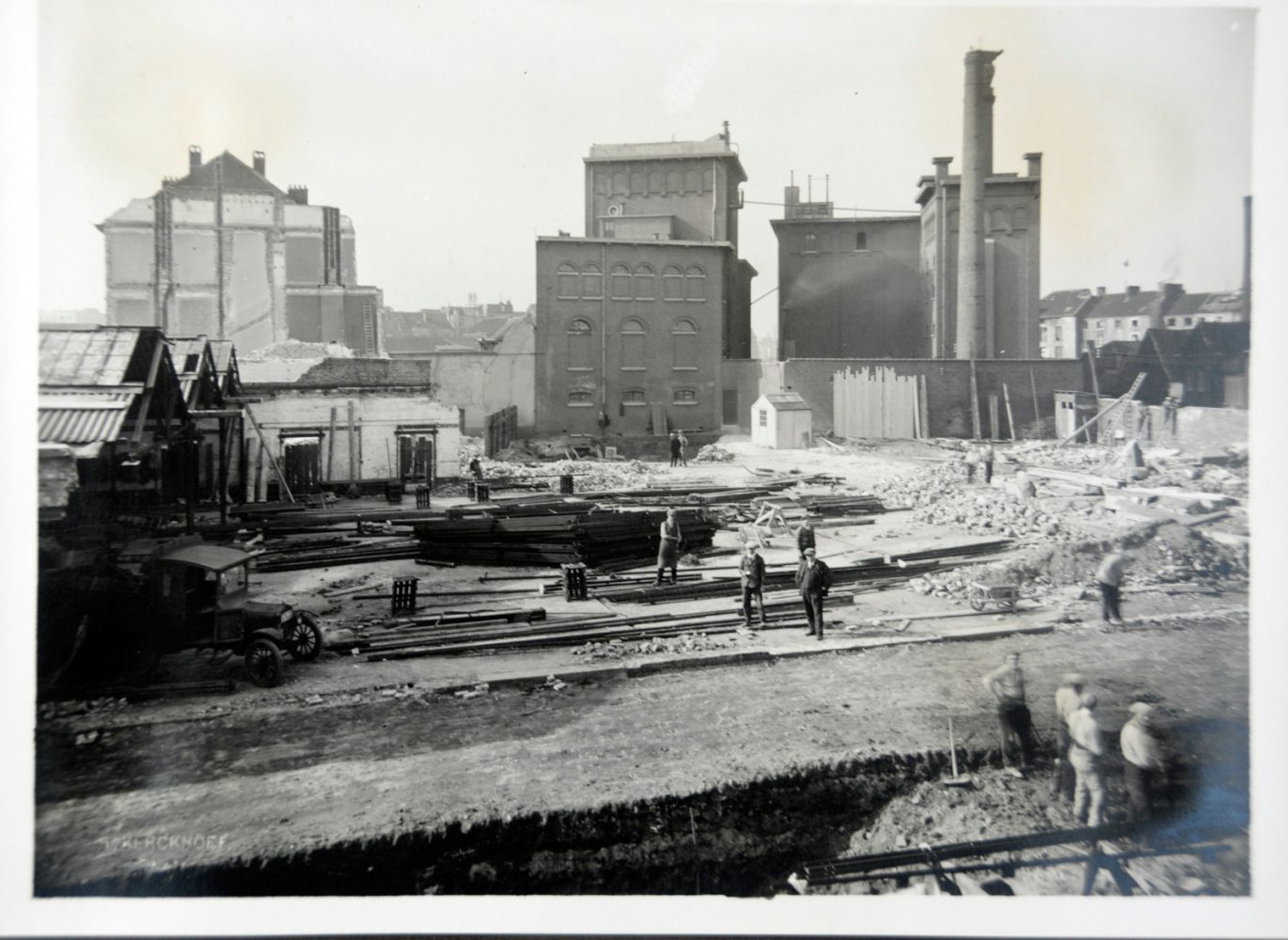 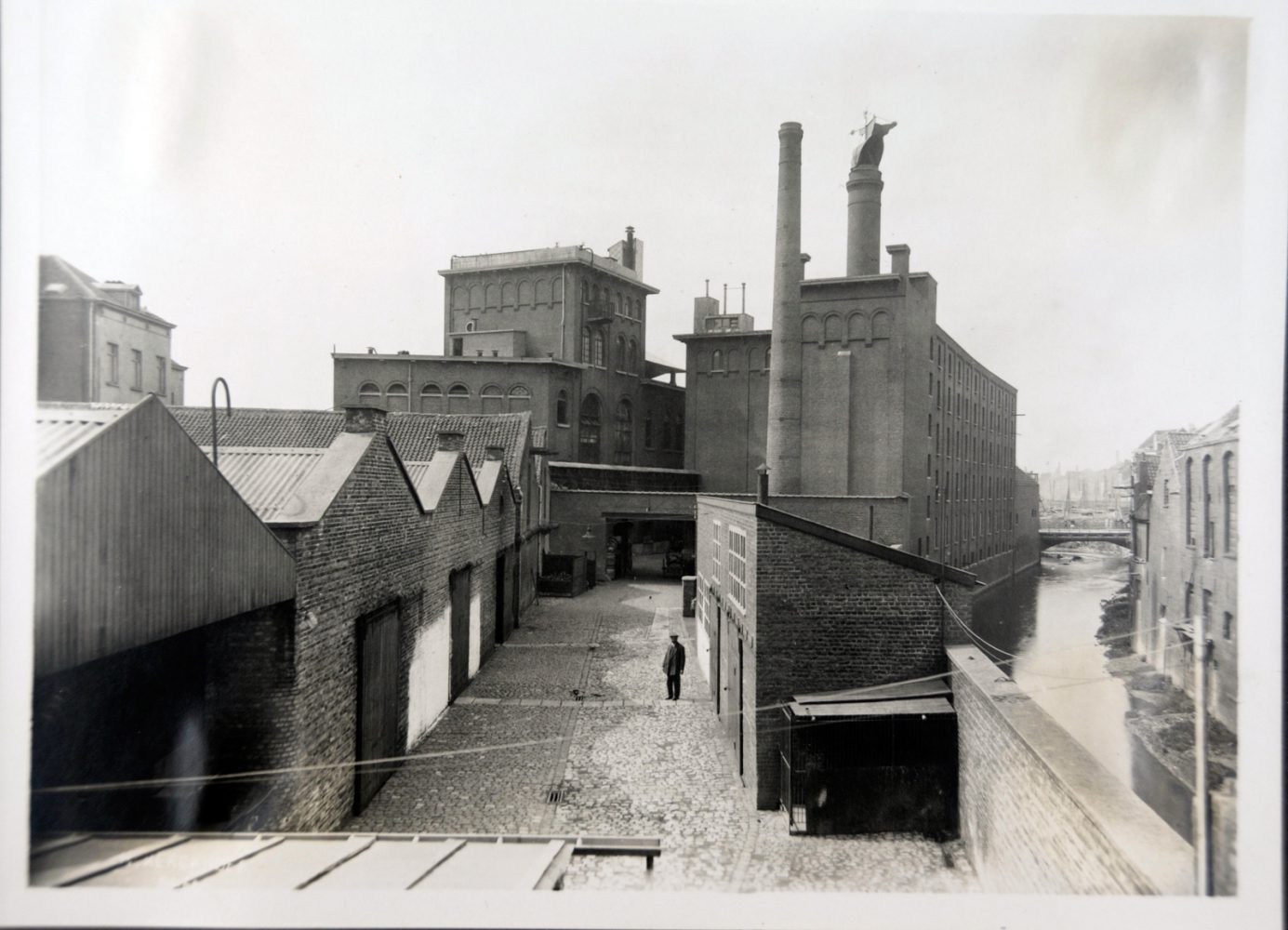 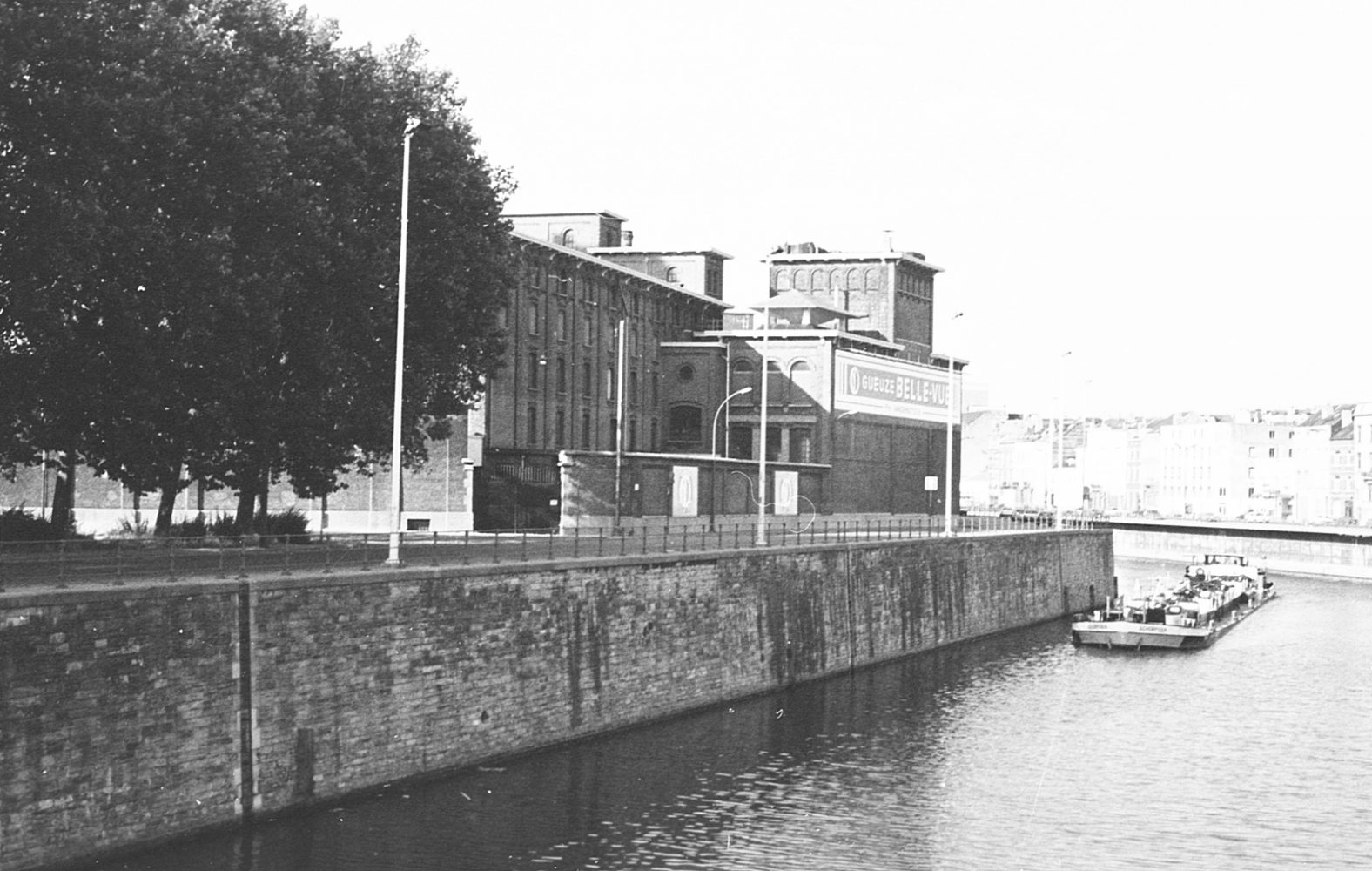 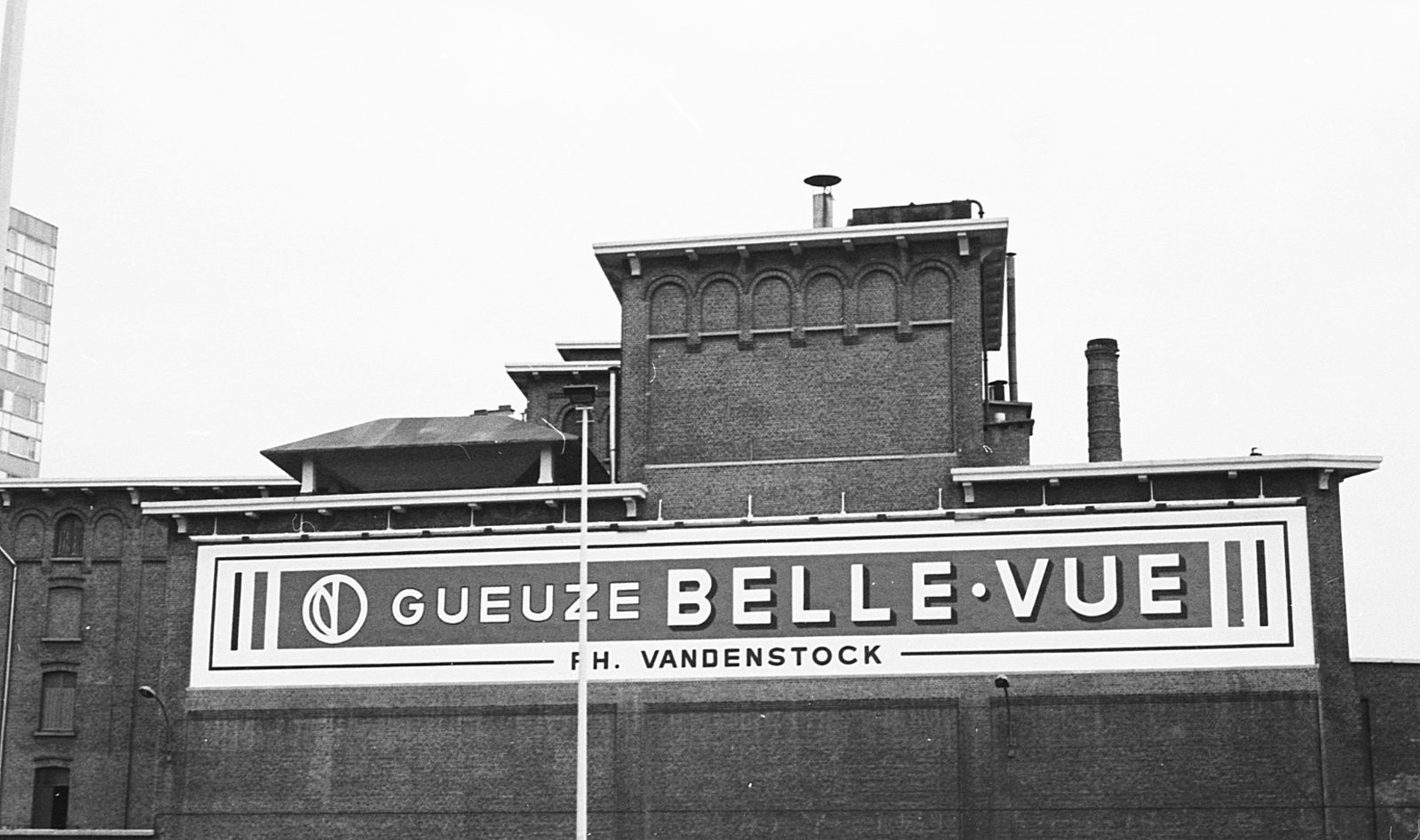 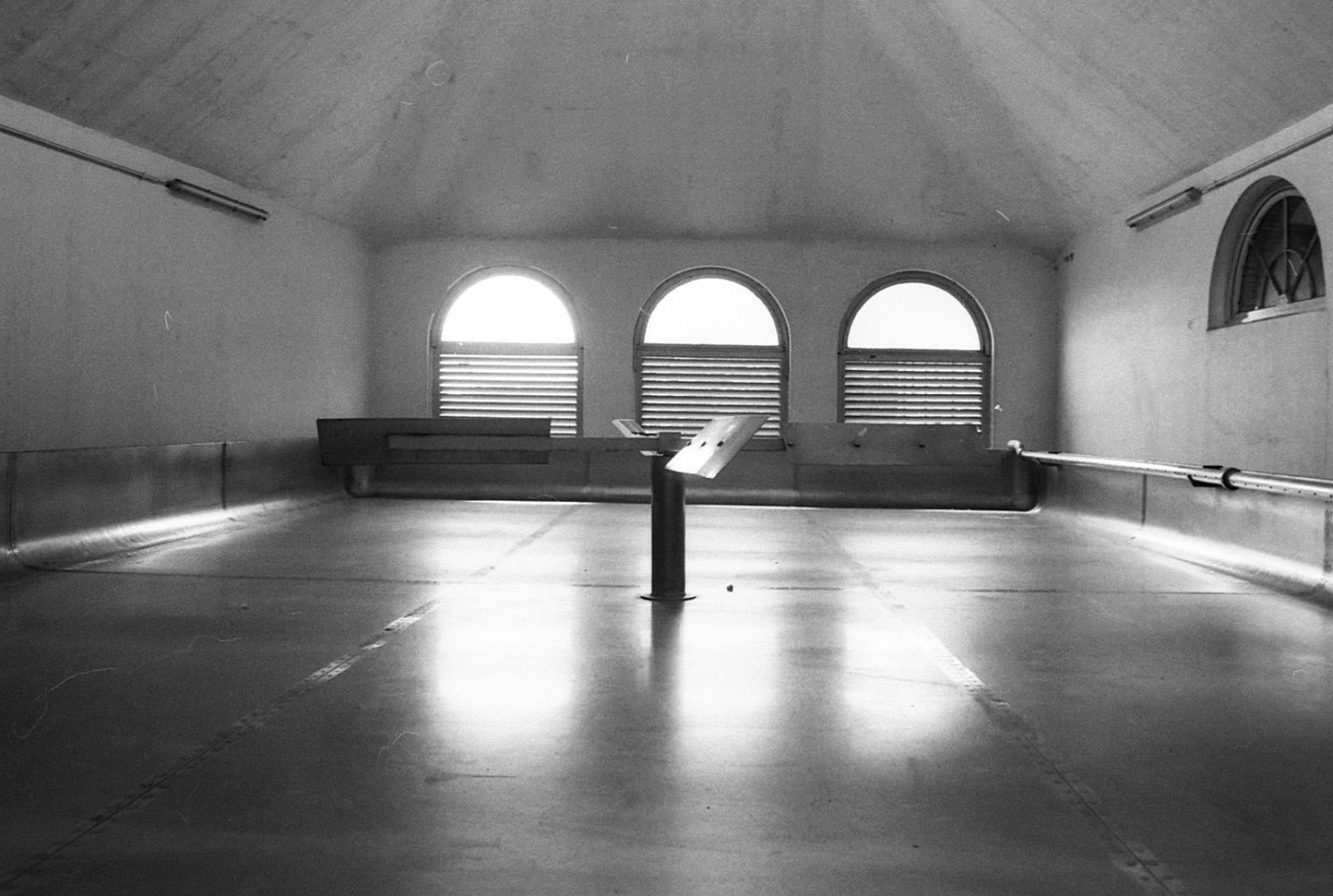 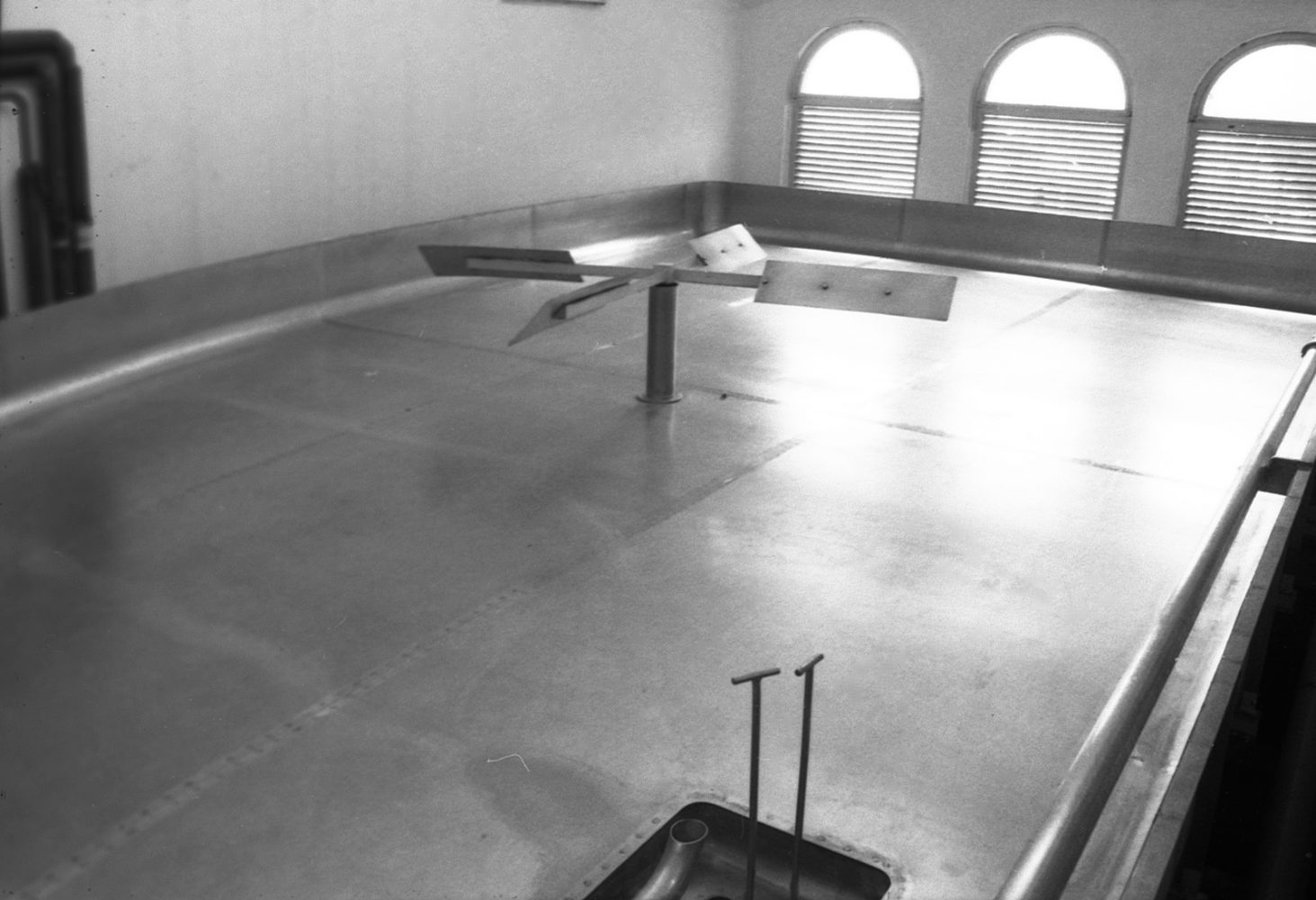 “I have in this tool of the first order – the canal – the utmost confidence; already all along its banks, factories are rising up, shipping lines are competing against each other for the best docking spots, factories are becoming too narrow, industrial land is sold or leased. Right next to the luxury city, a new city of factories, commerce and navigation is being born.”

“Old Molenbeek” extends out beyond the walls of the commercial activity of the Rue de Flandre and the Place Sainte-Catherine. Between 1826 and 1832 following the opening of the Charleroi canal the industrialisation of this neighborhood began to take shape. By the mid-19th century, Sint-Jans-Molenbeek had become the most dynamic industrial suburb of Brussels.

At the turn of the 20th century, the area enjoyed a wide variety of functions, ranging from businesses to homes, through to factories, warehouses and mills. In this urban complex maze there eventually developed, large scale industrial sites such as breweries, rope manufacturers and heavy metal plants.

The early 20th century also brought significant migration. The surrounding rural population headed to the city in search of work and prosperity. Across the span of a century, between 1846 and 1946, the population of Molenbeek grew from just 12,000 to 42,000 inhabitants, of which over 30,000 were workers. This exodus necessarily caused urban redevelopment. Soon an entire network of family housing and side streets came to light. This rapid population growth and the resulting decline in living conditions became the cause of regular riots and uprisings in the district, mostly concerned with demanding improvements to the social conditions.

The particular atmosphere and the industrial architecture of red bricks earned this part of town the nickname “Little Manchester” or “Belgian Manchester”.

In 1916, the Coster brothers, Louis and Emile , left the Rue des Fabriques where since 1865 they had a Geuze brewery, entitled “The post horn”. They strategically positioned themselves along the canal, allowing them to brew beer while easily transporting and collecting the grain by boat. At that time, the building was bordered by water on both sides, the front facing the Canal Charleroi while the rear was bordered by the Little Senne. The latter would be filled-in in early 1930.

During its first construction phase in 1916, the brewery was composed of five main buildings: stables (for hauling horses), the malting factory, the kiln, the dispensing areas and finally the brewery.

Between 1931 and 1935 the second phase of the site was visioned by Brussels architect René lock. The different areas of the building were redeveloped to accommodate the cycle of beer production and as a result ancillary spaces were added. So much so that in 1935 the building no longer counted only five, but boasted seven production areas: the warehouses, the store, the silo, the drums, cleaning space, brewery, offices and a bottling factory. Lock adhered closely to the rational style in his design, in keeping with the typical industrial-inspired facades of 19th architecture.

At the forefront of modernity with their state of the art brewery, the brothers Coster then focused their attention on the production of geuze. The company survived the Second World War, despite difficult working conditions… in 1944, the German army even installed an AAA battery on the roof of the brewery, facing. Eventually, the Coster family sold the brewery to the Vanden Stocks in 1969 and at that point a new chapter of the building’s history began.

In 1913 Philemon Vanden Stock launched his trade as a reseller of geuze. In 1927, he took over a café named Belle-Vue in Anderlecht. Moreover, it was the latter that gave him the name of his future brewery. In 1943, he bought the brewery ‘Your Kina’ from the Molenbeek-Saint-Jean council and launched into production. Arrested in 1944, Philemon Vanden Stock was sent to the concentration camps from which he would never return. But his son, Constant, then took over.

Constant Vanden Stock decided to tackle restarting the production of beer. Different take overs of breweries followed, including in 1952 the brewery De Koster in Grand Bigard and 1955 Brewery Timmermans of Sint-Pieters-Leeuw.

In 1969 Constant acquired the brewery de Coster along the canal. A significant part of Belle-Vue breweries activity moved to the Quai du Hainaut. 1980 was a prosperous period. At the height of production, the site had more than 500 employees. It was also during this period, between 1971 and 1997 that Constant Vanden Stock gained popularity amongst the general public by becoming the emblematic president of RSC Anderlecht.

In 1991, the Belle-Vue brewery was sold to Interbrew. At the time, it was the last great Brussels brewery and the largest Belgian Geuze Brewery. However, business quickly relocated to Sint-Pieters-Leeuw and the site of the Quai du Hainaut was used only as a warehouse for drums. In 2009, the site was finally sold.

In 2012, following the acquisition of buildings by the council and a group of private investors, conversion about the site began. The project was called “Nelson channel.” The site being huge was reassigned to fulfill multiple functions. First the Bellevue Hotel opened its doors and then the Meininger hotel.

As for MIMA, its transformation works of the original production site began in 2015 alongside the canal. The museum opened its doors to the public for the first time on 24 March 2016. This year, 2016, also marks the centenary of the building.